Top Ideabooks
Neuroarchitecture: The New Movement at the Forefront of DesignHouzz Tour: A Mid-Century Makeover Honours its Legendary DesignerHouzz Tour: A Knockdown-Rebuild With an Elegant Hamptons VibePaddo Terrace: From Dark, Skinny and Rundown to a Modern Stunner
Appears in
Latest from Houzz
See also
Australian StyleAdvice from ArchitectsArchitectural Details

Anchored at one end and free at the other, cantilevered forms make for functional and dramatic architecture and living spaces

Rebecca GrossNovember 25, 2014
Houzz Australia Contributor based in Sydney. Design historian, writer and researcher. I study cultural history through the lens of architecture, design and visual culture. I have a Masters in the History of Decorative Arts and Design from Parsons The New School for Design, New York
More
Print
Embed
Facebook
Twitter
Email
It’s good to find a little balance in life, so why not in architecture? Cantilevered rooms, floors, roofs and balconies are all about finding structural balance, and make for visually exciting and functionally-designed houses.

A cantilever is a projecting structure, such as a beam or a platform, that is anchored or supported only at one end. It is positioned, held, secured or weighted to carry the load of the projecting structure at the other end or along its length. Cantilevers may be used for several reasons, such as: to maintain a small footprint; to project rooms or outdoor areas over difficult terrain, gardens or swimming pools; to maximise sun and natural light; to enlarge a space within a constrained site; and to rouse minimalist design by eliminating supporting posts.

Here are nine houses in Australia’s urban and rural regions that have found the balance, plus one of the most famous of cantilevered houses, Fallingwater by Frank Lloyd Wright.
Fallingwater
American architect Frank Lloyd Wright designed Fallingwater in 1935 in rural Pennsylvania. By suspending layers of cantilevered balconies and rooms over a waterfall (hence its name), the house is at one with its local landscape – both connected to its rocky site while also light and free as the trees and foliage in which it nestles.

As the house sits within a constrained plot of land and upon difficult terrain, Wright used cantilevers to enlarge the interior and outdoor living spaces within the house, ideal for entertaining and functional living.
Luigi Rosselli Architects
Maintain a small footprint
This hilltop house in country New South Wales has living spaces – supported by exposed cantilevered concrete slabs – that extend out over a corrugated Colorbond steel skirt.

The house has been designed with the local climate in mind. As if pivoted on the smaller base, the interior spaces of the house capture the daily sun. And being raised above the ground, the lightweight house, clad in vertical weatherboards and with an economical timber frame, is protected from grass fires.
Ian Moore Architects
In a rural lot south of Sydney, this modernist cantilevered home sits atop a smaller rectangular platform in order to minimise the impact of the building on the site; and to allow the plot of land to maintain its natural curve.

Two trusses run the length of the house, positioned on two reinforced concrete blocks, which function as storerooms under the house, and connect the house and the land. The house cantilevers at each end, as well as the front, extending over the rolling hills and maximising spectacular views.
Clever Design
Project rooms over difficult terrain, gardens or swimming pools
Aptly named ‘Out There’, this Tasmanian house daringly projects out over the land, supported by exposed steel columns, so that the living area benefits from a northern orientation and passive solar gain.

Being cantilevered, the house doesn’t interrupt its hillside location and it eliminates unneeded material or unnecessary rooms that would otherwise sit underneath the projection.
Site Specific Designs
This modern addition and alteration to a dilapidated beach house now opens up to 180 degree coastal views and is flooded with natural light. Working within the original site, the upper level balcony has been cantilevered over a sloping site to enlarge the outdoor living space without damaging or affecting the garden below.
BDA Architecture
Enlarge a space within a constrained siteOn a long and narrow site, this family beach house in Queensland has been built for views of the ocean. Using planar and geometric forms, a second-storey terrace extending from the master bedroom cantilevers over the lower level of the house to maximise those views and make the most of the constrained site.
Woods Bagot Australia
In Melbourne, this Victorian single-front terrace home morphs into a modern, cantilevered house. Nestled tightly between its neighbour, this family home has been designed with three key elements in mind: space, light and air. The second storey cantilevers over the indoor dining area and outdoor decking providing a ceiling inside and shade outside. Ribbon windows set deep within the geometric volume enhance its horizontal form, provide an extended view, and let natural light floor in.
David Edelman Architects
Rouse minimalist design by eliminating supporting postsAs cantilevered design requires support at only one end of the structure, a sense of minimalism is achieved. With no supporting posts there are no visual or physical obstructions; but rather a sense of airiness and interesting aesthetics.

In this contemporary Melbourne home, a minimalist and quite dramatic porte-cochère is cantilevered over the entrance to the house. It functions both as a carport and as a protected entry to shelter occupants and guests on rainy Melbourne days.
mdesign
The cantilevered roof on this Brisbane home looks as if it’s ready for flight. Extending over the driveway and entrance, it similarly provides both shade and shelter for residents, guests, and their cars, without obtrusive supports.
Louise Nettleton Architects
Maximise sun and natural light
This Sydney house, originally designed by the late-great architect Hugh Buhrich, was completed in 1961 and recently “renovated, restored, and rebuilt” by Louise Nettleton. Both the original house and the restored house featured the dramatic cantilevered living room, which today extends over a secluded swimming pool.

On a small and steep site, the cantilevered space with windows on both sides allows for privacy and light, and wonderful views of the harbour. The south-facing terrace at the end of the cantilever has been pushed far enough that it now receives near full sun.

ArchitectureNeuroarchitecture: The New Movement at the Forefront of Design
By Julia Fairley
Neuroscientists reveal why we love texture, curves and symmetry and explain how our brains respond to different spaces
Full Story66

Houzz ToursHouzz Tour: A Mid-Century Makeover Honours its Legendary Designer
By Janet Dunn
The owners of this mid-century classic brought it up-to-date while staying faithful to its impressive provenance
Full Story3

Houzz ToursHouzz Tour: A Knockdown-Rebuild With an Elegant Hamptons Vibe
By Georgia Madden
After years of deliberation, the owners of a dated bungalow took the plunge and replaced it with a stunning modern home
Full Story10

Project Of The WeekPaddo Terrace: From Dark, Skinny and Rundown to a Modern Stunner
By Georgia Madden
What to do with a light-starved, 3.5-metre wide Victorian terrace? Go up and out, according to this architect
Full Story4

Project Of The WeekRhythmic House: A Calm and Considered Redesign of a Small Home
By Georgia Madden
A compact family home is reimagined with more light, space and unique graffiti-style art
Full Story3

TrendsBrave New World: 4 Important Design Trends You'll See in 2021
By Vanessa Walker
A seismic shift in the way we think, and use, our homes will play out in fascinating ways in 2021 and beyond
Full Story6

Project Of The WeekKing Bill: A Family's Forever Home That Brings Joy to the 'Hood
By Georgia Madden
Flexible spaces, playful touches and a garden to be enjoyed by the neighbourhood define this award-winning renovation
Full Story3

Houzz Around The WorldWhat Is the Future of Urban Green Space?
By Houzz AU
Lockdowns have left us yearning for greenery – experts weigh in on the implications for architecture and society
Full Story21

Project Of The WeekBackyard Beauty: An Architect-Designed Garden Studio Exuding Calm
By Georgia Madden
With a warm, plywood-lined interior and huge openings to catch the breeze, this 'granny flat' makes a welcoming retreat
Full Story6

Picture Perfect16 Ways Curved Architectural Features Can Enhance a Home
By Vanessa Walker
Our coffee-break escape offers you five minutes' worth of images to inspire and delight. Jump right in...
Full Story5

Project Of The WeekDeco House: A Masterful Renovation of a Period-Style Cottage
By Georgia Madden
Step inside a serene and sun-drenched home that reimagines Art Deco style for contemporary living
Full Story8 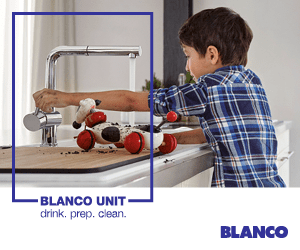 Houzz Tour: A Knockdown-Rebuild With an Elegant Hamptons VibeFull Story

Paddo Terrace: From Dark, Skinny and Rundown to a Modern StunnerFull Story

Rhythmic House: A Calm and Considered Redesign of a Small HomeFull Story

King Bill: A Family's Forever Home That Brings Joy to the 'HoodFull Story