Top Ideabooks
Picture Perfect: 60 Amazing Exposed Ceilings Around the Globe2018 Global Design Calendar: Where to Go, What to SeeGood Design Awards: A Round-Up of the Most Beautiful ProductsCarding & Teasing: Life at Australia's Oldest Woollen Mill

For National Recycling Week, we weave our way into the making of recycled blankets at the country's oldest woollen mills

Vanessa WalkerNovember 13, 2020
Houzz Australia & New Zealand Editor.
More
Print
Embed
Facebook
Twitter
Email
Australian-owned and run Waverley Mills is our vast country’s oldest continuously operating woollen mill. Established in Tasmania in 1874, it has trail-blazed its entire existence, with the latest recycling innovation saving more than 60 tonnes of mixed yarn that would have otherwise gone to landfill. Here, we look at the manufacturing cycle to understand the provenance of the beautiful blankets and throws that are found in many Australian homes and linen cupboards.
Images courtesy of Waverley Mills

Down by the banks of Distillery Creek in north Tasmania, on eight hectares, sits Australia’s oldest continuously operating woollen mills.

The whirr of the carding machine and the clank of the dobby looms have been heard in this valley since 1874, when Scotsman Peter Bulman began producing tweed, blankets, felted cloth, shirting, and flannel on the banks of the creek.
At the time, building a woollen mill was a leap of faith – Bulman was chasing the lucrative £1,000 bonus being offered by the Tasmanian government for the first person or company to produce goods worth £1,000 made from Tasmanian wool.

In 1872, that ambition led him to England, Scotland and Ireland where, not without drama, he recruited master weavers and ordered the machinery be delivered to the colony more than 10,000 miles away.

For 146 years the mills, housed in the main in two historical red-brick buildings (a third was added in the 1920s), have been producing wool textiles; made from merino that’s so robust, and woven so tightly (at least 465 grams per square metre), the blankets they are fashioned into have been routinely handed down from generation to generation.
The blankets, throws and scarves (in multiple colour ways and designs) begin in the paddock, with farmers like Roger Bignell (pictured). Bignell runs Kananga Grazing, a 2,900-hectare farm in north-east Tasmania that is home to a merino flock of 8,000, with 4,000 bred for wool. Here, merino ewes are mated to rams to produce wool averaging 18 micron. This means their wool is so soft and fine it feels silky smooth against the skin.

Find interior decorators near you on Houzz for advice on how to weave sustainable natural fibres into your home decor
The wool, often sourced from a broker, sometimes direct from farmers – and always Australian – arrives at the mills in bales.
Alpaca spinning frame

Next, the wool is put on the carding machine, which disentangles, cleans and blends fibres to produce a continuous strand.

The strands are split into thick cones of wool called doffs. From here, they go onto a spinning frame, which has the capacity to make wool into yarn of different weights.
The warping frame

The yarn is dyed to specific colours according to the design of the product, then the cones are put onto a creel for warping. Next, the warp is then transferred onto dobby looms where the yarn is woven into the required pattern to produce the textile.
The final steps before labelling, inspection and dispatch, involve a raising machine, which brushes and softens the textiles.

Waverley Mills CEO Andrew Cuccurullo says that depending on the product, the colour way and the pattern, there can be as many as 42 parts to this process.
Recycled blankets by Nina Hamilton

Since the 1960s the mill has also been recycling its own waste, but more recently it has developed processes that allow it to recycle cast-offs, such as denim offcuts from cult jeans company Nudie, and cotton towel remnants from Sheridan, into beautifully soft recycled blankets and throws.

These collaborations, and the re-carding of countless pairs of jeans and towels, plus their upcycling program have closed the manufacturing loop on industry waste streams and saved more than 60 tonnes of mixed yarn that would have otherwise gone to landfill.
Recycled throw by Nina Hamilton

The company’s master weavers, carders, spinners and dyers swap jobs regularly and the company recruits and trains people into these specialised skills, just as it has always done.

“It is a great responsibility and a great pleasure to be producing sustainable textiles,” says Cuccurullo. “It’s a big thrill to produce what is essentially Australian-made slow fashion.”


Your turn
To mark National Recycling Week, tell us in the Comments below what changes you have made at home to benefit the environment. And remember to like this story, save the images and join the conversation.

Building ComponentsPicture Perfect: 60 Amazing Exposed Ceilings Around the Globe
By Deirdre Avenell
Our coffee-break escape offers you five minutes' worth of images to inspire and delight. Jump right in...
Full Story16

Interior Design Ideas2018 Global Design Calendar: Where to Go, What to See
By Bryan Anthony
Check out some of this year’s best design shows, tours and exhibitions around the globe
Full Story10

Design FeaturesWhy Insects, Fungus & Bacteria Could Be the Future of Design
By Giulia Zappa
Five exceptional designers tell us why unexpected sources may provide the materials of tomorrow
Full Story6

Exteriors9 Ways to Jazz Up a Dull Exterior Brick Wall
By Georgia Madden
Is an ugly or worn brick facade hurting your kerb cred? Designers reveal 9 ways to turn that eyesore into a showstopper
Full Story6

Interior Design Ideas6 Ways Designers Revived a Room in the Centre of a Floor Plan
By Amanda Pollard
Worried extending your home might create an awkward central space? See how these designers maximised every centimetre
Full Story3

TrendsOslo Design Fair: What's Hot and What's Not in Norwegian Design
By Kasper Iversen
Norway is the underdog of Nordic design – but is that about to change? Houzz visited 2019's Oslo Design Fair to find out
Full Story9

Design FeaturesDanish Design Guru Answers: What Makes a Design Classic?
By Kasper Iversen
We get the answer from Anne-Louise Sommer, director of the Design Museum Danmark
Full Story6 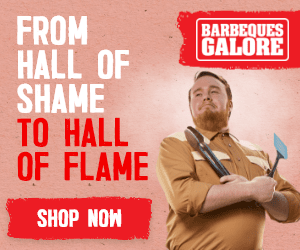 2018 Global Design Calendar: Where to Go, What to SeeFull Story

Good Design Awards: A Round-Up of the Most Beautiful ProductsFull Story

Why Insects, Fungus & Bacteria Could Be the Future of DesignFull Story

9 Ways to Jazz Up a Dull Exterior Brick WallFull Story

How the Rise of Performance Fabrics Is Changing Interior DesignFull Story