Stylishly dressed down and with a soothing palette, this suburban Australian home has energy in all the right places

HouzzSeptember 1, 2012
More
Print
Embed
Facebook
Twitter
Email
When bed linen designer Tracie Ellis bought her home in Melbourne, she knew that it was special. The house immediately stuck out, a midcentury gem in a neighborhood filled with Victorians, Edwardians, California bungalows and newly developed structures. Ellis also lists of a number of other features that endear her to her light-filled home: "Unlike other houses on the block, our house faces our neighbors instead of the street. We also have plenty of outdoor space, a lovely kitchen and a small collection of Aboriginal art to which I've grown quite an attachment," says Ellis.

Houzz at a Glance
Who lives here: Tracie and David Ellis and their dog, Max
Location: Melbourne, Australia
Size: 2,000 square feet
That's interesting: The home's original architects were John and Phyllis Murphy, known for designing the 1956 Melbourne Olympic pool, one of Australia's most defining modernist structures.
Sharyn Cairns
Ellis removed two French doors in the living room area and replaced them with large sliding glass doors, bringing the living room and the outdoor deck area together as one large space.

"The front deck challenged us. The wisteria tree presented some issues, and we made sure not to damage any of its roots. It was planted in 1954, and I still have this image of it being a little shrub," she says.
Sharyn Cairns
The flooring, a light wood out in the front deck and a darker finished stain in the living room, makes a subtle distinction and transition from indoor to outdoor space.

Although Ellis opened up the front living areas, she and her husband requested for hidden sliding doors to close off rooms and create intimate areas throughout the house. "I like an open floor plan, but I also like the ambience of defined spaces," she says.

Light pendant: Nelson Bubble Lamp, Y Lighting; chair: Bertoia Diamond Lounge Chair with Seat Pad, Design Within Reach
Sharyn Cairns
Ellis and her husband met with a feng shui expert before they moved into their house. "She told us that the place had a great feeling, that it was a happy place. But she also pointed out the changes we needed to make, like changing door-opening directions and moving doors, so that we could keep the good energy," says Ellis.

Sectional: Bosko, Jardan Sofa; pouf: Fez, Morroco
Sharyn Cairns
Any scratches on the floor are likely from Max', as Ellis and her husband usually have a shoes-off policy in the house. The walls are clad in Aalto's Inherent White, Ellis' tried and trusted shade of interior white paint.

Coffee table: Barcelona by Harry Bertoia, Design Within Reach
Sharyn Cairns
Sharyn Cairns
The kitchen is the hardest-working room in the home. Ellis, a passionate cook, tests out various recipes and delights in entertaining her family from the heart center of the house.

"My husband and I also spend hours and hours talking about new ideas for our home decor business, Aura, in the kitchen. We're constantly reading through magazines and books, using the island as a place to house the clutter," says Ellis.

A regret? Failing to install undersurface and built-in electrical outlets for their laptops.

Bar stool: Charles Ghost Stool by Philippe Starck, Space Furniture
Sharyn Cairns
"For good feng shui, we added the walnut timber cabinets and table so there's a grounding, natural element in the kitchen and dining area. Our last house was very minimal and all white, so I also love that the kitchen isn't entirely white," says Ellis.
Sharyn Cairns
Like most homeowners, Ellis admits that she cleaned up for the interior shots of her house. "Right now, our home office is filled with tear sheets and mood boards for our country house in Kyneton, Victoria, so we've had to relocate command central to the kitchen," she says.

The couple also stores their large collection of magazines and travel books in the home office. "We are constantly dreaming of our next adventure," says Ellis.

An abstract painting by Ellis' mom, Robyn Donovan, gives the black and white space some color and texture.
Sharyn Cairns
One of the designer's favorite pieces of art is by Mitjili Napurrula, a stunning red and white canvas with "amazing depth and rich red hues," Ellis says. She and her husband bought it on their first wedding anniversary.
Sharyn Cairns
Floating his and hers sinks make this master bath chic, functional and space efficient.
Sharyn Cairns
For someone who designs bed linens for a living, Ellis has an unexpectedly casual approach to the bedroom. Pendants dangle from the ceiling and take the place of table lamps, drawing the eyes up. An Eames chair makes a stylish replacement for a bedside table, as its mold has more depth for stacked books, the day's clothing and other loose objects.
Sharyn Cairns
"I love a bed that's put together well and layered, but my own linens aren't crisp or fitted. I relish in the lived-in look. I don't iron my linen," says Ellis.

Lockdown Success: A Designer Works Her Magic on a Flat Remotely
By Georgia Madden·1
Project Of The Week

How Do I... Reduce My Winter Electricity Bill?
By Georgia Madden·11
Most Popular

6 Ways to Run a Better Business... Without Going Into the Office
By Houzz AU·0
Home Time

3 Kitchen Designers: What My Early Career Mistakes Taught Me
By Georgia Madden·1
Professionals

Before & After: A Stark Living Area Made Warm & Welcoming
By Vanessa Walker·3
Room Of The Week

The 5 Most-Popular Kitchens, Bathrooms and Laundries in NZ
By Vanessa Walker·1
Trends

Houzz Quiz: Which Colour Front Door Should You Have?
By Jenny Drew·749
Doors

Now is the Time to Write a Brief for Your Dream Home. Here's How
By Rebecca Gross·1
Most Popular 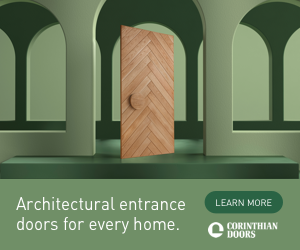 Lockdown Success: A Designer Works Her Magic on a Flat RemotelyFull Story

How Do I... Reduce My Winter Electricity Bill?Full Story

A Postwar Canberra Cottage Gets a Gentle UpgradeFull Story

6 Ways to Run a Better Business... Without Going Into the OfficeFull Story

Before & After: A Stark Living Area Made Warm & WelcomingFull Story