Top Ideabooks
Green Dream: A Fast, Affordable & Eco-Friendly Build for a RentalColour Cure: A Bright & Cheery Extension for a Family of FourParisian Chic in an Oversize Apartment for a Family With 4 TeensFresh & Fun: A Small, Dark and Dated Terrace Gets a New Look
Appears in
Popular Houzz Series

Joanna ToviaApril 3, 2018
Houzz editorial team. Photojournalist specialising in design, travel and living well. Follow her photodocumentary about pets and the people who love them on Instagram @unfoldingtails
More
Print
Embed
Facebook
Twitter
Email
When Glen Williams first considered buying the grand Anglican church that sat up on a hill overlooking the Brisbane River, he did so through the eyes of a property developer. Such was the potential of the 2356-square-metre site that he soon came to consider it as a home for his own family. With the help of DAHArchitecture’s David Hansford and interior designer Georgia Cannon, who collaborated on the design of a striking extension to the original heritage-listed church, the property is now a place Glen and his family will happily call home.

The original church was renovated internally and reimagined as an entertainment area for the family, complete with a kitchen, bar, games area and a home office, while the exterior was maintained to keep its heritage character. Hansford then added on a new structure, which houses five bedrooms, three bathrooms and a powder room, as well as an open-plan kitchen, dining and living area, a rumpus room and study, and a pool and tennis court outside.
DAHA
Photos by Cathy Schusler

Houzz at a Glance
Who lives here: Property developer/builder Glen Williams with partner Gabrielle Williams and children Samuel and Georgia, along with pets Billy the dachshund and Judas the RottweilerLocation: Norman Park, QueenslandSize: 2356-square-metre block, 609 square-metre house: 5 bedrooms, 3 bathrooms, 2 powder roomsArchitect: DAHArchitectureInterior designer: Georgia Cannon
DAHA
The heritage-protected Anglican church was built in 1924 on an east-west axis in the middle of the block, on top of the hill. The building’s orientation is in line with Christian tradition – the east end is typically for the altar, and the west end is reserved for the main entrance.

A sanctuary and parish centre built in 1984 and 1998 respectively were removed to make way for the residential extension.

While it was a challenge to work around the church and the steep topography, both “definitely enhanced the end result”, says Hansford.
DAHA
“The church is quite beautiful and the elevated city views are spectacular, although to the west,” says Hansford. The architect set out to capitalise on these views without sacrificing on the thermal performance of the dwelling.
DAHA
So as not to compete with the existing structure, the contrasting extension is purposefully modern – but just as assertive in its own way.

The angular two-storey extension combines concrete, zinc, brick, timber and glass. “On a personal architectural level it was pleasing to play with some different materials and to see them come together so well,” says Hansford.
DAHA
Extending from the first-floor bedrooms is a huge cantilevered roof that reaches out over the outdoor kitchen to the edge of the pool.
DAHA
On the ground floor of the extension, the social areas of the home connect with the pool and city views over the river. A rumpus room with study area is tucked away for the children, along with a bedroom and ensuite.
DAHA
Hansford says the design benefits from ‘in-between’ spaces, such as the link between the church and the extension. The space is used as the entry to the home, provides stairway access upstairs and downstairs, and opens to the tennis court at the rear.

“Given the large site area and clifftop setting it wasn’t feasible to achieve a traditional sense of entry, so this link is a space to receive guests and is also the entry point for the homeowners, accessed via an underground tunnel to the subterranean garage.”
DAHA
The entryway is also home to this reading nook.
DAHA
From the outside, the bridging structure is essentially a black zinc box. “This space was used to blend the zones through contemporary materials and geometric forms,” says Hansford. “The ‘link’ creates a transitional space between the private and more public program of the house, like a Venn Diagram of sorts.”

A Venn Diagram details the crossover point of overlapping circles.
DAHA
“This notion is also replicated in form and materiality,” says Hansford. “The use of zinc offers a transition from the heritage brick church to the off-form mass of the new residence, but was still sympathetic in its relationship with the contemporary extension, which features chamfered zinc soffit.”

This angle shows the front entrance used by guests. After parking, they walk alongside the church and up to the front door – located in the ‘zinc box’ that links the two structures.
DAHA
The pool – stunning as it is – achieves several aims. As well as meeting the needs of an active family and trying to maximise its use by visually connecting it with the main living areas of the house, Hansford says the pool was a way to work with the site’s steep topography.

“It maximises use of the flat plate area, and was a way to perch yourself out on the edge of the cliff with fewer regulatory implications,” he says. “The views are spectacular and the orientation suits summer sunset swims.”
DAHA
Inside, interior designer Georgia Cannon worked closely with Williams, who also managed the construction of the project.
“The finishes were selected to be robust enough to suit the rough-and-tumble of active kids and pets, with an added dash of glamour to address our owner/builder client’s desire for the home to be a showpiece,” says Cannon.
DAHA
Cannon says one of the key challenges when selecting finishes was to resolve the relationship between the traditional red brick fabric of the church with the metal-wrapped glass and concrete shell of the new extension.

“We deliberately selected a modern brick profile to clad the functional zone on the lower level as a subtle reference to the history of the original building, while the rest of the finishes were kept pared back so as not to compete with the bricks,” says Cannon. “Hints of timber and brass were introduced to add warmth to the palette.”
DAHA
The interior was designed to be as impactful as the exterior, with a bold and masculine palette of materials, colours and finishes, and a minimalist approach to furnishings.
DAHA
This is one of two powder rooms in the house.
DAHA
Polished concrete flooring complements the cool, modern aesthetic.
DAHA
Hansford says the home’s thermal performance was enhanced with extended overhangs, materials and landscaping. “High-level windows and clerestory windows allow for natural light and ventilation while capitalising on vistas of the city skyline,” he says. The windows and expansive volumes also reference the soaring windows and cavernous interior of the existing church.
DAHA
Upstairs, two of the bedrooms cantilever out over the kitchen, creating a void that fills both levels with natural light. The master suite includes two walk-in wardrobes and a spacious ensuite.
DAHA
The louvres and ceiling fans in the bedrooms facilitate airflow, and carry through the same moody and masculine aesthetic as the downstairs areas.
DAHA
The use of timber balances out the more industrial concrete walls and black-framed windows.
DAHA
A timber wall separates the master bedroom from the ensuite, and presents the perfect expanse of wall to hang an eye-catching artwork.
DAHA
DAHA
“Wet areas and joinery throughout are both functional and beautiful, with minimal protrusions and maximum built-in conveniences,” says Cannon.
DAHA
The master bedroom opens to its own balcony and sits over the rumpus room downstairs, which can also be opened up to the outdoors.
DAHA
The two other upstairs bedrooms share this bathroom, which departs from the dark and sophisticated look in favour of something brighter.
DAHA
Samuel’s bedroom features plenty of built-in storage and a study area. The home was designed to be flexible enough to adapt to the family’s changing needs over the years ahead.
DAHA
A basement houses the four-car garage, cellar and workshop. Family members usually enter the house from here.
DAHA
Outside, a pavilion next to the tennis court is tournament-ready.
DAHA
DAHA
Hansford aimed to maintain the indoor-outdoor connection throughout the house with seamless transitions onto the rear deck and infinity-edged pool. “This connection also encourages increased activity for the children,” he says.
DAHA
Solar-passive heating and cooling strategies have been incorporated throughout The Church House. “Extensive shading elements provide protection from the predominantly western outlook, and water harvesting and photovoltaic solar power are featured throughout,” says Hansford. “Integrated landscaping promotes a strong connection to the natural environment, which was important for the family’s active lifestyle.”

Eco-glass: Viridian; AWS doors and windows: Bretts
DAHA
The church has undergone its own transformation. It has been reimagined as an entertainment area for the family and their friends.
DAHA
“With the help of Georgia Cannon, we incorporated a catering kitchen/bar, powder room and a home office on a mezzanine level accessed via a bridge to the main house,” says Hansford.
Before Photo
DAHA
This was the church before the renovation and extension.
Before Photo
DAHA
The church had stood empty for 10 years before work began.
DAHA
“The most pleasing aspect of such an audacious project like this is the family’s assimilation and response to their new environment,” says Hansford. “They were incredibly trusting and adventurous, so to see these ideas come to fruition is quite rewarding.”


Tell us
What do you love about this home? Tell us in the Comments below. And don’t forget to save your favourite images, save the story, and join in the conversation.

Houzz Tour: From Worst to Best-Dressed House on the Street
By Rebecca Gross·10
Houzz Tours 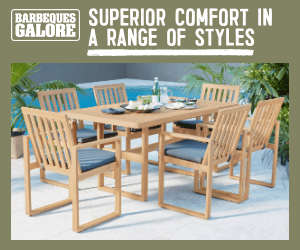