Top Ideabooks
In Conversation With 2020 Designer of the Year, Franklin Azzi"No Salone Without Milan": In Conversation With Claudio LutiOpen Book: How 3 Interior Designers Hit the Big TimeMeet the Women Who Want to Revolutionise Swedish Design
Appears in
Popular Houzz SeriesFor Pros

Meet the Women Who Want to Revolutionise Swedish Design

Sara NorrmanMarch 5, 2020
Editor-in-chief Houzz Sverige. Kontakta oss på redaktionen@houzz.com
More
Print
Embed
Facebook
Twitter
Email
During Stockholm Design Week in February this year, a group of female designers came together under the name Misschiefs, creating an exhibition with this eyebrow-raising call for action: “The Misschiefs collection stands in opposition to the traditional, strict, contained and male-dominated design style that defines Swedishness in design”.

For international readers, this might seem contentious – is such a battle cry needed in one of the most gender-equal countries on earth? And is Swedish design male-dominated? As the exhibition is booked to move on to Paris and Milan, we talk to the founder and renowned Swedish female designers about the differences between male and female design, and how a better balance can be struck in the business in future.
Image by Kimberly Ihre

Paola Bjäringer is the curator of the touring feminist exhibition Misschiefs, which contains work from 10 Swedish designers and artists. How does she define Swedish design? “Useful, clean and sober,” says Bjäringer.

“Even in more gender-equal societies and design industries like Sweden, there is more room to be taken up by women creators at large. This in turn affects the objects, the product, the industry and the consumer culture that is craving new kinds of proposals to live more meaningful lives. Women are central in this new production cycle already in motion and yet in its birthing moment.”

Sweden is one of six nations in the world to have reached economic equality between genders, according to a 2019 report published by the World Bank Group. (The other countries are Denmark, Belgium, France, Latvia and Luxembourg.)
Designer Emma Marga Blanche with her ‘Scream a Whisper’ stools. Image by Kimberly Ihre

French-Swedish designer Emma Marga Blanche is one of the women whose work is on show in the exhibition. “I was pregnant during the creative process, and it really influenced my work,” she says of her involvement in the Misschiefs project.

“I started with a desire to explore knitting, because it is the one specific craft that is related to motherhood and women in general, all generations combined.”
Emma Marga Blanche’s ‘Scream a Whisper’ stools. Image by Kimberly Ihre

“I wanted to see what aesthetic could be explored with knitting and to put it in contrast with something hard, interlace it with something else,” she says. “So the idea of making a stool came up, something stable you can sit on, that your body can rely on. At the same time the stool took shape, my pregnant body changed form and this in turn changed my view of the project.”

Eager to embrace the work of trailblazing designers in your own home improvement project? Find a talented designer near you on Houzz today
Sara Szyber describes her ‘Death Proof Cabinet’ as a “physical storage body of chequered, printed wood and curvaceous legs that wants to speak to the visitor. It deals with expression, materiality and resistance in my relation to the contemporary world”. Image by Kimberly Ihre

“It is interesting to reflect upon why and how some categories of objects are highly gendered,” says Bjäringer. “It is time that women designers invade and take space in these often male-dominated design areas as producers, thinkers, doers and buyers.”
Designer Louise Hederström. Image by Petra Bindel

Outside the Misschiefs project, many established female Swedish designers feel there is a need to shake up the market and status quo. “There are old structures and patterns in the design business, which has been very male-dominated,” says Louise Hederström, who has worked with furniture and accessories brands Offecct, Skandiform, Kasthall, Maze and David Design.

“Maybe it’s some kind of tunnel vision,” she says. “You employ someone like you, so if there are men in management, there’ll be male designers hired.”

What Was Life Like for Australia’s First Female Architect?
Louise Hederström’s Tailor chair for Offecct

For Hederström, it’s not a cabinet that’s status symbol No. 1 in the design world – it’s the chair.
“As soon as you’ve done a chair for a major company – preferably one that’s stackable and will sell in the thousands – that’s when you are a designer,” she says. “When I did the Tailor chair for Offecct, things took off for me. It’s a bit funny that it’s the chair that’s taken on the design icon status, but it has. And most chairs you can name have been designed by men.”
Designer Nina Jobs

Nina Jobs and Stina Sandwall also exhibited their furniture collection at the Designgalleriet during Stockholm Design Week, with the theme ‘Inhale Exhale – design that slows you down’. The three words Jobs would choose to symbolise Swedish design today are awareness, sustainability and multiculturalism.

Jobs believes there is such a thing as male and female design. “There is definitely a difference in expression, but maybe less so here in the Nordics than in other parts of the world. Maybe what is Scandinavian about our design is a sense of equality. For many companies it’s almost trendy to commission female designers even if the company is male-led, which creates a good mix.”
The ‘Inhale Exhale’ exhibition featured a collection of the same name consisting of furniture and objects designed to complement each other and work together. All were produced and manufactured in Sweden. Exhibition materials described the collection as “bookshelves, small tables and pots with a sensuous movement, like breathing in and out”.
Designer Stina Sandwall

Sandwall, the other designer behind the Inhale Exhale collection, says there are certain components that can make design more feminine. “We dare to be a bit more organic in our expression, and work in a softer palette, and with softer values – maybe we listen more,” she says.

Sandwall thinks the design world is moving ahead when it comes to social sustainability, equality and multiculturalism, but it doesn’t come free. “We all need to fight for it! One improvement would be to have more female product developers, for example.”

When the Misschiefs exhibition travels abroad, it will showcase both Swedish design as well as a localised approach. Part of the proceeds from the sales of the exhibition catalogue and the art pieces go to a women’s foundation called The Case for Her.

“That Misschiefs begins in Sweden is logical, as it’s a historical and geographical focal point for gender equality,” says Bjäringer. “Sweden is a world leader in gender equality, but more can be done. Even in Sweden, women have things yet to be said, expressed, made and consumed, by women makers. Misschiefs will grow as it travels, making it a mobile message and yet a unique experience for its visitors in each country.”
Francis cupboard by Louise Hederström for Maze, launched at the 2020 Stockholm Furniture & Light Fair

Hederström believes change is on the way. “We can absolutely change things, but it takes time,” she says. “The end consumer in Sweden when it comes to interior design is often a woman, so we are seeing more women in the boardrooms too. At the same time we also have to think sustainably when we design, consider circular manufacturing and innovative materials. The manufacturers and design companies must in general take in new talent, in sound, inclusive company structures. If we shake up the design world a bit, changes will come. How could that ever be wrong?”


Your turn
How do you support women in design or celebrate International Women’s Day? Tell us in the Comments below, like this story, share it, and join the conversation.

In Conversation With 2020 Designer of the Year, Franklin Azzi
By Agnès Carpentier·11
Trade Shows

"No Salone Without Milan": In Conversation With Claudio Luti
By Leonora Sartori·20
Trade Shows

What Was Life Like for Australia's First Female Architect?
By Rebecca Gross·0
Architecture

Open Book: 3 Architects' Advice... That They Didn't Learn at Uni
By Julia Fairley·1
For Pros

Q&A With Michael Anastassiades, 2020 Designer of the Year
By Elen Pouhaer·4
Trade Shows

Open Book: How 3 Kitchen Designers Went From Start-Up to Success
By Julia Fairley·0
For Pros

Open Book: 3 Designers on Business, Branding and Breakthroughs
By Julia Fairley·2
For Pros

Open Book: 3 Builders on Their Biggest Breakthroughs
By Julia Fairley·1
For Pros 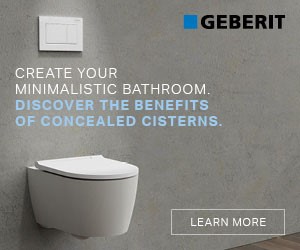 In Conversation With 2020 Designer of the Year, Franklin AzziFull Story

"No Salone Without Milan": In Conversation With Claudio LutiFull Story

Meet the Women Who Want to Revolutionise Swedish DesignFull Story

What Was Life Like for Australia's First Female Architect?Full Story

Q&A With Michael Anastassiades, 2020 Designer of the YearFull Story