Top Ideabooks
Neuroarchitecture: The New Movement at the Forefront of DesignRoom of the Week: How a 10m-Long Skylight Led a Kitchen RedesignAll About Contrast: A Sun-Drenched Modern Addition to an Old HomeA Designer's Masterclass on Stripping a Home Back to Its Bones
Appears in
Latest from Houzz
See also
Australian StyleAdvice from ArchitectsArchitectural Details

So You Live in a... Californian Bungalow

Learn all about this characteristic Australian home that was designed for modern, informal living

Rebecca GrossJune 4, 2014
Houzz Australia Contributor based in Sydney. Design historian, writer and researcher. I study cultural history through the lens of architecture, design and visual culture. I have a Masters in the History of Decorative Arts and Design from Parsons The New School for Design, New York
More
Print
Facebook
Twitter
Email
Take a drive through many older neighbourhoods in Australia and you’ll find a lot of examples of original and renovated Californian bungalows lining the suburban streets, as the architectural style swept the country roughly between World War I and World War II. It was seen as an ideal home for city-dwelling Australians who wanted to embrace the outdoors and adopt a more informal and modern lifestyle. Today, the Californian bungalow remains an ever-present feature of Australian suburbs. Their charming character and simple layout give owners room to move when it comes to renovating both the exterior and interior.

Californian Bungalows at a Glance
Defining period: World War I to World War II (from around 1913 to the mid-1940s).
Key characteristics: Single-storey, front porch, sloping roof, verandah pylons, simple layout.
Sarah Greenman
The birth of the Californian bungalow
During the late 19th and early 20th century, middle-class Americans started moving from city apartments to single-family homes. They sought a modest and affordable style of housing – less fuss, less maintenance, less cost, and less need for any grand designs – and the bungalow style was ideal.
The Gamble House, pictured here, designed by the Greene brothers in 1908, stands as a masterpiece of the style. Although it’s larger and more architecturally detailed than most bungalows in Australia, it embodies the distinctive characteristics of the Californian-bungalow style – a broad sloping roof, spreading eaves, and a deep verandah, along with timber to integrate the house with its surroundings and a floor plan that considers the natural landscape.
CG&S Design-Build
Californian bungalows soon popped up as family homes throughout the Los Angeles region. Typically, they were one- or one-and-a-half-storey houses with a gable supported by tapering pylons. They had a front porch and sleep-outs, pergolas, and breezeways for easy indoor-outdoor living.

Find an architect in your area on Houzz to update your home
Angoby's of Kyneton Boutique Accommodation
The Californian bungalow migrates to Australia
As building boomed in Australia in the early 20th century, architects and builders began looking to California for a new style of architecture. Like Australia, California was a warm and youthful region, and it was seen as a model for what modern Australia hoped to become. An influx of American architectural magazines – filled with illustrations of Californian bungalows – provided floor plans and designs for new houses to emulate.
POC+P architects
Key Characteristics
Australia’s Californian bungalow represented a modern lifestyle, and today many are renovated with traditional and contemporary finishes. Here are three common characteristics of these homes that allow them to be easily updated for contemporary living and chic design.

1. Room to move
Californian bungalows were usually sited on decent-sized blocks of land, allowing room for a spacious backyard. They often had a passage along the side of the house wide enough for a driveway, in anticipation of the occupants, one day, owning a car. This early consideration of space means that today, homeowners can easily add a carport or garage if their bungalow does not already have one.
Melissa Treadgold Architect, Sydney, Australia
In this renovation, a driveway and simple carport were added to the side of the house. The carport’s brick piers mimic those of the front porch for a consistent aesthetic across the exterior of the home.

This simplicity not only means that today’s owners often desire additional rooms or greater space. But fortunately, it also means that renovators are able to increase the size of these houses by extending up, out or both.
Melissa Treadgold Architect, Sydney, Australia
This bungalow has a second-storey extension at the rear to accommodate additional bedrooms and a greater living space. The floors in the new downstairs family room and kitchen have been lowered so upstairs is well-integrated with the height of the bungalow.
Melissa Treadgold Architect, Sydney, Australia
3. Ripe for open-plan living
The Californian bungalow was planned and designed for casual living with an informal, open layout, and the intention that every room had a view to the outdoors. This means that owners and renovators can change these spaces to suit their way of living.

Here, a combined kitchen/dining/living area has been neatly and beautifully combined within the rear living space of the bungalow, with a view to the backyard. This interior renovation has retained the Bungalow’s original character through its use of wood: the floors and tabletop complement each other and create a rustic aesthetic, while the wooden frames around the high rectangular windows add an interesting design feature to the space.
In this renovation, an extension to the rear of the house has created greater space, providing room for an expansive kitchen, dining area and family room. The renovation and styling strikes an effective balance between modernising the bungalow and maintaining its original charm. The use of the Australian hardwood blackbutt for flooring is in keeping with the bungalow’s character and natural materials, while the sleek design of the open-plan kitchen is a subtle and contemporary contrast.

Whatever you choose to do, have fun with your bungalow. Their simplicity, space, and character provide renovators with the opportunity to renovate within the original style or get a little inventive. Remember, they were intended for modern, informal living, so renovate to suit today’s lifestyle.
Hart Builders Pty Ltd
Your turn
Are you as charmed by the style of Californian bungalows as we are? Tell us what you love about them in the Comments below, like this story, save the images and join the conversation.

Experts Reveal: The Dos and Don'ts of Designing an Ensuite
By Georgia Madden·37
Bathrooms

How Do I... Reduce My Winter Electricity Bill?
By Georgia Madden·15
How Do I...

Renovating Timeline: When to Choose Kitchen Fixtures and Finishes
By Rebekah Zaveloff·42
Kitchens 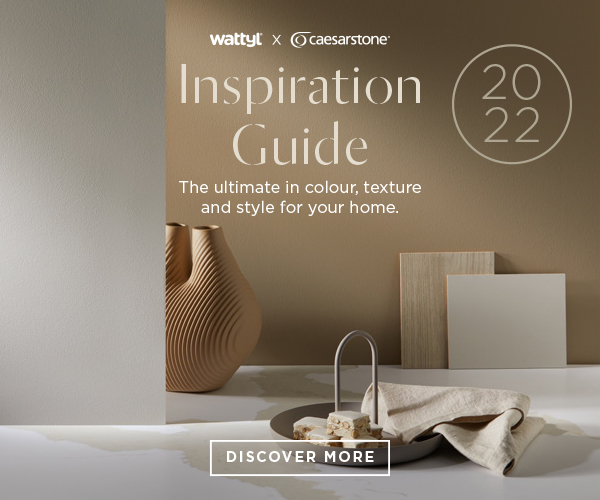 No-Brainer Ways You Could be Saving WaterFull Story

Experts Reveal: The Dos and Don'ts of Designing an EnsuiteFull Story

How Do I... Reduce My Winter Electricity Bill?Full Story
Item 3 of 7
Sponsored