This unique, industrial-style home is partially self-sufficient and was designed to recede into nature over time.

Núria MorerasMay 29, 2021
Colaboradora en Houzz. Periodista con más de 15 años ligados a la arquitectura y la decoración.
More
Print
Embed
Facebook
Twitter
Email
The owners of this unique home, a Danish couple who make jewellery, decided to move to Barcelona, Spain, a few months ago. They tell us that they wanted a house near the Mediterranean, which would be surrounded by nature and respectful to the environment. They chose this hill in Canyelles, a town near the coast of Barcelona, as their setting, which became home to a converted shipping-container house.
08023 · Architects
Photos from 08023 Architects

House at a Glance
Who lives here: A Danish couple
Location: Canyelles, Spain
Size: 115 square metres inside, a 75-square-metre terrace and a 20-square-metre workshop
Architect: 08023 Architects

The owners – who were based in Copenhagen, Denmark, before the move – searched online for an architecture studio that could help with the entire process. The owners tell us that in the end, 08023 Architects assisted them with everything from selecting the plot of land they eventually bought to initial ideas, getting permissions, the design and the final build.
08023 · Architects
The home is unusual because it is built out of shipping containers – three 12-metre containers and one six-metre container from the nearby Port of Barcelona.

“The containers are easy to buy and cost about €1,500 [approximately AU$2,300 at time of publication]. The challenge, as with all container houses, is to get an efficient design that makes the most of the containers while being habitable and respecting Spanish building codes. The great advantage is that the work can be done very quickly,” says architect David Jiménez of 08023 Architects, who designed this home in collaboration with colleague Cristina Mora.
08023 · Architects
“In this case, we decided on containers after several conversations with the owners. They are jewellers who like to work with materials like metal. It was also appealing to them because the house could be built quickly.”

Thinking of renovating or building? Find an architect near you on Houzz to bring your vision to life
08023 · Architects
The slope of the land was a challenge. “To secure the containers it was necessary to lay foundations,” says Jiménez. “Besides that, to level the slope, we built a ventilated technical floor under the main container, which allows easy maintenance of the main systems.”

From the outside, the house is reminiscent of well-known container projects, such as the Freitag bag and accessories flagship store in Zurich, Switzerland. In any case, the containers are not simply stacked. The ones on the bottom are anchored to the foundation, and the top layer is welded to the containers below. The joints have also been protected with expansion joints and sealed.
08023 · Architects
Surrounded by the containers, the terrace area is the place where the couple eat, rest and take dips in the pool. Being able to enjoy a pool over several months during Spain’s hot weather was essential for the owners.
08023 · Architects
The exterior of the containers was painted green to blend in with the natural landscape. Over time, the house will be completely integrated into nature, because “the containers are surrounded by various xerophilic [or dry-loving plant] species that do not need irrigation and which will colonise the facades over time,” says the architect.

It doubles as a clever solution to reduce the direct impact of the sun on the metal containers. “In addition, several layers of insulation were added internally to prevent the interior from overheating,” says Jiménez.
08023 · Architects
This is the entrance to the house. The home uses solar panels to supplement electricity. Water tanks collect rainwater, which is reused for the swimming pool and watering plants. Because of this, for a good part of the year – in hot months when there is enough sunlight – the house is partially self-sufficient.

“The intention is for it to depend as little as possible on external factors and produce its own resources to reduce its environmental impact,” says Jiménez.
08023 · Architects
Formed by two 12-metre containers on each side, plus the six-metre container between them, the ground floor is U-shaped and encompasses a workshop, a large kitchen and living area, a guest bedroom and a bathroom.

The top floor is comprised of a third 12-metre container (the six-metre centre container is embedded into it like a Tetris piece). This is where the main bedroom sits, with access to another terrace on the roof of the lower container. It houses railings, another bedroom and a bathroom.
08023 · Architects
“The owners wanted a simple, functional house that would feel spacious and be full of light. The industrial style of the metal facades, the concrete floors and the large windows could be cold, but in reality, this is toned down by the warm sunlight and the interior itself, where textiles and wood stand out,” says Jiménez.

The large window connects the interior of the living area with the outdoor terrace. The east-west orientation of the house allows for good thermal comfort.
08023 · Architects
Save for some pieces purchased at local markets, the owners brought nearly all of the furniture with them from Copenhagen.

Will the owners tire of so much metal? The answer is a definite no. They explain that as they often work with metal professionally, designing this house felt like designing one of their pieces of jewellery – just on a bigger scale.
08023 · Architects
This door leads to the entrance from the living area. The sheet metal is definitely a unique touch.

Browse more living areas for inspiration
08023 · Architects
Green is the protagonist in the open-plan kitchen, matched with black cabinets and a timber benchtop.
08023 · Architects
According to the owners, with the abundance of sea air and nature around the site, they feel as though they are breathing in wellbeing and happiness here. A bonus is the design’s considered sustainability, seen in its many recycled features and solar panels, and its low-maintenance. “We must enjoy our houses, not be their slaves,” says the architect.


Your turn
What do you find interesting about this home? Tell us in the Comments below. And remember to like this story, save the images and join the conversation.

My Spanish Houzz: Plants, Sea Views and a Touch of Morocco
By Núria Moreras·49
Houzz Around The World

UK Houzz Tour: A Beautiful Rebirth for a Crumbling Edwardian Home
By Sarah Alcroft·44
Houzz Around The World

India Houzz Tour: A Home of Endless Windows and an Earthy Palette
By Vaishnavi Nayel Talawadekar·9
Houzz Around The World 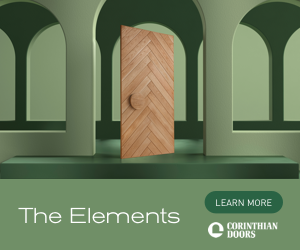 My Spanish Houzz: Plants, Sea Views and a Touch of MoroccoFull Story