Top Ideabooks
Quick and Easy Ways to Look After Your Timber Deck in Winter27 Great Peeks to the Outdoors3 Small Outdoor Spaces... and How They Did It26 External Walls With a Difference
Appears in
Latest from Houzz
See also
Outdoor AreasPoolsOutdoor FAQsDriveways

Stickybeak of the Week: A Humble Shed Becomes a Multipurpose Retreat

Luisa RollenhagenNovember 17, 2014
Houzz Contributor. I am a passionate traveler, writer, reader, and debater. My previous haunts have included Buenos Aires, Berlin, New York, and now London. All of these places have introduced me to varied and unique styles of architecture, design, and a certain cultural standard of living, all of which I try to include in my daily work. I've studied English Literature and Journalism at NYU in New York, and am now continuing to burrow myself into books at Kings College London. I have a socially unfortunate obsession with literature, film, and the newest shiny gadgets. I will nerd out over vintage typewriters and 3-D printers.
More
Print
Embed
Facebook
Twitter
Email
Joel Bird is a veritable Renaissance man. The active carpenter, painter, musician and sculptor juggles a variety of creative projects while simultaneously managing to carve out a small but multifunctional oasis for himself in the busy capital. When he first started working on his eco-friendly garden shed four years ago, it was the first time he had ever built a structure of this kind. “It was like an experiment, really,” he says. He’d finished renovating the house he’d bought in Tottenham, north London, and wanted to create a serene and functional work space in the garden in which he could develop his music production and painting.

Bird designed the shed to be multifunctional and as sustainable as possible. “I needed a work space, and I also wanted an allotment, so I just designed the shed so I could have a garden on the roof.” Over the past four years, the roof garden has become more and more elaborate, with an added raised bed for vegetables, solar panels and an efficient drainage system boosting the structure’s self-sufficiency.

Sustainability was a natural part of Bird’s upbringing. He and his family were keen bird watchers, and the constant closeness to nature helped him appreciate it all the more. “I like to be around nature,” he says. “You work better, you see better, you draw better.”

Bird enjoys the cosiness and functionality of his shed, but he wasn’t necessarily prepared for the publicity it began to receive this year. After appearing on George Clarke’s Amazing Spaces on UK Channel 4 and winning the show’s Shed of the Year competition, he was suddenly flooded with requests for sheds like his. “After the TV show, I was getting lots and lots of calls, and I had to employ a couple of people to help,” he explains. “Now it’s a business.” As he gears up to explore some architectural projects next year, Bird insists that environmentally friendly builds will remain a feature of his future creations.

Houzz at a Glance
Who lives here: Joel Bird of The Shed Builder
Location: Tottenham, north London
Year built: 2010
Size: 2 rooms
Chris Snook
“I genuinely spend more time in the shed than in the house,” Bird says. After seeing many friends struggle to continue their creative pursuits due to London’s high rents, Bird, who is from Liverpool, knew he needed to find a more economical work space. “I knew I had to try to create a cheaper lifestyle,” he explains. The shed has thus become a home office, recording studio, art studio and urban oasis in one.
Chris Snook
The shed is a triumph of recycling. While Bird purchased the main structure from a builder’s yard, he also used many materials left over from renovating his house. “The windows and doors were taken from the house,” he says, “and a lot of the cladding was recycled fencing.” He also used soil from his garden to create the allotment on the roof.
Chris Snook
The entrance to the shed proudly displays Bird’s Shed of the Year 2014 winner’s plaques. More than 2,000 entries were recorded for this year’s competition.
Chris Snook
The front room has been turned into Bird’s art studio, where he paints and sculpts. Solar panels on the roof power a couple of car batteries, which he uses to light the studio.
Chris Snook
Bird’s little wood-burning stove is powerful enough to keep the inside of the shed toasty in the winter. “Wood burners are surprisingly strong,” he says. “Sometimes they get too hot, so I use a little one.”

Bird lights the stove with wood left over from the house renovation. He also picks up the offcuts from working on other peoples’ sheds.

Although the shed is only 10 steps from the house, he does use the stove to make tea and cook small meals. He also uses a lot of the vegetables from his roof. “It’s nice to sit right next to the veg and be able to just pick them,” he says.

Wood-burning stove, eBay.
Chris Snook
Bird’s Shed of the Year 2014 award sits proudly on his shelf in the art studio. “Entering the competition was originally just a bit of fun. But then it seemed to escalate and get bigger and bigger, and then they said it was going to be a TV series and asked if they could come and film,” he recalls. Nonetheless, Bird says the filming process was enjoyable for him. “The whole thing was just nice,” he says. “It was nice to meet everyone.”
Chris Snook
The art studio at the front leads into the recording studio in the second room at the back.
Chris Snook
Bird soundproofed the music studio walls with soundboards. However, he says, “the soil on the roof is a really good sound and heat insulator. It was a win-win situation.”

Unfortunately, the solar panels are not enough to power the equipment in the music studio, since they can only generate about 12 volts, more than enough for general lighting, but not sufficient for more demanding music-editing programs.

Bird says the first instrument he ever learned to play was the saxophone. “Inevitably, you have to learn the piano,” he adds, “and I used to play the guitar and sing.” He does live performances “every so often”, and tries to release a record “every couple of years”.
The Shed Builder
The roof garden can be accessed from the wooden stairs on the front left side of the shed.

Bird’s rooftop garden now has healthy crops of various seasonal vegetables. “The tomatoes were great this year – I had them every day,” he says.
Chris Snook
The entire surface area of the roof is about 15 square metres. “There’s also a bike station around the back where I repair my bike,” Bird says.

“The majority of the structure is simple in principle,” he says. “You just have to make sure it’s structurally sound and waterproof.” He made the shed watertight using felt, which works as a waterproof membrane.

He adds that the roof joists on the shed had to be tighter than usual in order to support the weight of the garden.
Chris Snook
Bird also incorporated an efficient drainage and watering system. “The water comes off the roof into a channel and then goes into a downpipe, which waters plants on the way down,” he explains. It’s then collected in a water butt.

The plants under the pipe are in planter bags held upright in a frame, and he changes them all the time. At the moment, he has rosemary, jasmine and thyme in there, as well as some ivy “to make it more green”.
Chris Snook
The terracotta hands on the wall initially seem to suggest some sort of symbolic message, but, Bird says, “it’s nothing like that. They were here when I bought the house.” They had belonged to the previous owner, an elderly man, and Bird wished to keep some of his things in homage to him. “I liked him – I thought he was nice,” he says. So he incorporated some of the home’s original spirit into his new shed.
Chris Snook
In addition to tomatoes, Bird has been growing corn, potatoes, strawberries, onions, chillies, broccoli, zucchinis, blueberries and blackberries. He also set up a herb garden, which lasts him all year. “The herbs are really hardy,” he says.

Bird says many of his homegrown produce, such as the tomatoes and corn, are much better than supermarket buys. “It’s a bit surprising how easy it is to grow them,” he says.

The various ceramic birds found around the shed are also Bird’s creations.
Chris Snook
When choosing which fruits and vegetables to plant, Bird simply experimented to see what worked best. “In the end, I chose stuff that was nicer than in the supermarket,” he says. He began planting potatoes in order to single-handedly grow the ingredients for a typical ‘scouse’, the classic Liverpudlian meat stew. Soon he was steadily expanding his repertoire.

So far, Bird hasn’t had to do much maintenance. He only has to ensure he consistently maintains the allotment and plants the seedlings every year.
“I try to let the plants on the roof overgrow sometimes,” he says. “There are wild flowers up there, because I’m trying to attract bees. It makes your life easier as well,” he adds, since the bees contribute to the pollinating process.
Chris Snook
Bird repurposed an old drainpipe to grow alpines, while still ensuring the drainage could pass water on to other parts of the shed. “There’s loads of gravel in the soil, so the water just flows through,” he explains.
The Shed Builder
All in all, Bird’s shed cost him about $895 to make, and the rewards are plentiful, particularly in the summer months, when he can be found soaking up the sun in his tin tub. With fresh vegetables and fruits, as well as his studio spaces, the shed provides a welcome and sustainable escape from busy city life.
Chris Snook
MORE
Shed Spruce Up: Inspiring Ideas for Garden Sheds
Style USA: Is This the Coolest Garden Shed You’ve Ever Seen?
Staycation Style: Resort-Style Backyard Retreats
Print
Embed
Facebook
Twitter
Email
See 106 comments
Explore Related Topics
Stickybeak Of The WeekHouzz Around The WorldOutdoors
Read Related Stories

Stickybeak: How an Interior Designer Gave an Apartment 'Soul'
By Rebecca Gross·36
Stickybeak Of The Week

Stickybeak of the Week: A Florist's Home Gets a Resort Makeover
By Louise O'Bryan·6
Stickybeak Of The Week

Stickybeak of the Week: A Small Apartment With Big Storage
By Louise O'Bryan·15
Storage

Stickybeak of the Week: A Living Space Thought Out Inside the Box
By Rebecca Gross·20
Stickybeak Of The Week

Stickybeak of the Week: A Tender Update for a Blended Family Home
By Julia Fairley·6
Stickybeak Of The Week

Stickybeak: A Bit on the Side for a New Ensuite and Bedroom
By Rebecca Gross·11
Stickybeak Of The Week

Stickybeak: From Closed-Up House to Close-Up Views of Nature
By Rebecca Gross·6
Stickybeak Of The Week

Stickybeak: Inside a Boom Time Mansion's Opulent Makeover
By Vanessa Walker·17
Stickybeak Of The Week

Stickybeak: A Smart Solution for the Sought-After Northern Sun
By Rebecca Gross·10
Stickybeak Of The Week

Stickybeak: A Family Home That Feels Forever Like a Beach Holiday
By Rebecca Gross·3
Stickybeak Of The Week

Stickybeak: An '80s Home Gets a Beachy Upgrade
By Pia Sinha·5
Stickybeak Of The Week 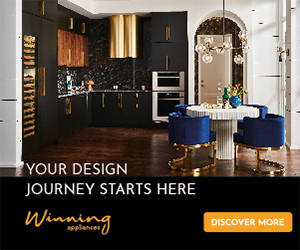 Stickybeak: How an Interior Designer Gave an Apartment 'Soul'Full Story

Stickybeak of the Week: A Florist's Home Gets a Resort MakeoverFull Story

Stickybeak of the Week: A Small Apartment With Big StorageFull Story

Stickybeak of the Week: A Living Space Thought Out Inside the BoxFull Story

Stickybeak of the Week: A Tender Update for a Blended Family HomeFull Story

Stickybeak: A Bit on the Side for a New Ensuite and BedroomFull Story