Top Ideabooks
Future-Proofing: The New Components for a Disaster-Resilient HomeHow to Handle Disagreements With Homeowners on ProjectsHow to Prevent Disagreements With Clients About ProjectsBefore & After: A Drab Master Suite Goes Coastal Chic
Appears in
Latest from Houzz
See also
How To Use HouzzTrendsAwardsDesigner ProfilesResearchTrade ShowsResilienceHouzz Pro

The Story Behind the Most-Popular Photo of All Time

Mitchell ParkerOctober 22, 2020
Houzz Editorial Staff. Home design journalist writing about cool spaces, innovative trends, breaking news, industry analysis and humor.
More
Print
Embed
Facebook
Twitter
Email
This year Houzz celebrated its first 10 years as a company since our establishment in the USA. Here, 2020 marks six years since we launched in Australia. To celebrate, we revisit Houzz’s most-saved photo of all time: a glorious classic kitchen that like Houzz, is a testament to values that stand the test of time.

The story begins with USA-based interior designer Mary Jo Fiorella of Fiorella Design treating the project like any other. Around 2007, her clients, a couple in San Jose, California, hired her to update several rooms in their 1970s home. The kitchen was a major focus of the renovation, and Fiorella took down a wall to convert the formerly tight U-shaped layout into an L-shaped arrangement that opens to the family room.

She added an island and went through her typical routine of visiting showrooms with her clients to choose materials. When her clients selected a light-green splashback tile to go with the traditional white Shaker-style custom cabinets, Fiorella thought this kitchen would be something special.
Fiorella Design
Once the project was complete, she hired a photographer friend, Greg Piche, and set up the shots herself, telling Piche where to stand to take the photos. A few years later, in 2010, Fiorella became an early adopter of a then-new website called Houzz. She created a profile and uploaded the photos of the San Jose project to her portfolio so potential clients could see her work. And then something surprising happened.

Scores of people began saving the photos, especially the image of the kitchen shown here, to their Houzz Ideabooks. A decade later, in 2020, the kitchen photo has been saved to more Ideabooks than any other photo on Houzz, and Fiorella still receives messages from fans of the kitchen asking about every little detail. “I never knew this would turn into something this impactful,” she says.

Fiorella says she’s received dozens, maybe hundreds, of inquiries about the light-green splashback tile with the crackle-glaze finish. “It’s hard to get clients to make a commitment to picking a colour on a backsplash,” she says. “That’s why you see so many white subway tiles, which is too bad, because you can see how much impact a little bit of colour has. It really enriches and enhances a white kitchen and adds texture and depth – and is just downright pretty.” (Unfortunately the tile was discontinued about a decade ago, but similar tiles can be found elsewhere.)

Fiorella says deciding to go with 7 x 20-centimetre tiles versus the standard 7 x 15-centimetre subway tiles was a subtle detail, which also had a big design payoff. She still shows this photo to clients who she feels could benefit from moving out of the comfort zone of a white subway tile splashback.

Dark hand-scraped hardwood flooring gives contrast to the white cabinets and Carrara marble benchtops. “We wanted a stately, classic aesthetic,” says Fiorella. “The contrast is really elegant. To have that dark against the white is classically traditional, something you don’t typically see in the Bay Area in California. In more recent years it’s been all lighter floors.”

Over the years, Fiorella has kindly answered dozens of questions about the details in this kitchen, and she’s even tagged those details in the photo itself. (Click on the photo to see the tags, then click the tags to view the information.)

Thinking of renovating your own kitchen? Find a specialised kitchen designer on Houzz for an inspired result
Before Photo
Before: The former kitchen couldn’t have been more of a departure from the current design. Basic cabinetry, outdated appliances and a tight layout made for a space that lacked joy, style and function.

The door seen to the left of the stove led to the dining room. Fiorella decided to enclose this door to gain more wall space for storage and a larger oven and stove. She removed the refrigerator wall and a peninsula to the left to open the kitchen to the family room.

Need a pro for your kitchen renovating project?
Let Houzz find the best pros for you
Before Photo
Before: This view shows how the former peninsula bench cut off the kitchen from the family room. The window in this photo hangs over the kitchen sink, and gives a reference point for the next photo.
Fiorella Design
After: This photo was taken from about the same angle as the previous one. A new arched window sits over the sink, which stayed in the same place. The oven and stove also stayed in about the same spot.

With the peninsula gone and the door enclosed, Fiorella gained space for a square-shaped kitchen island. The circular shape of the candle-style chandelier contrasts with the square island and complements the curved window. The dark finish coordinates with the dark floor.

Browse more beautiful classic kitchens
Fiorella Design
The custom cabinets feature a hefty moulding detail that enhances the overall style in the kitchen. The detail was a result of Fiorella not wanting to extend the cabinets all the way up to the ceiling. “After you get to 8 feet [2.4 metres] with cabinet height it can be cumbersome to store anything above that,” she says. “It’s cumbersome even right at 8 feet. Plus, it’s more costly to continue cabinets all the way up.”

Instead, Fiorella designed crown moulding on top of the upper cabinets, a soffit above that, then topped everything with cornicing. “It looks like a big dramatic crown detail,” she says.

Glass-front cabinets to the right help break up all the white. “And it adds some nice depth,” says Fiorella.

The one thing Fiorella says she’d recommend doing differently in this kitchen is the marble benchtop, which she says requires too much upkeep and etches and stains easily. These days she prefers quartzite, a more durable and forgiving natural stone. Otherwise she recommends marble-look quartz and porcelain as durable benchtop options.
Fiorella Design
The kitchen includes a cushioned window seat in a bay window. An arched door to the backyard coordinates with the arched window over the sink. Though this isn’t a large kitchen, its fresh style and thoughtful planning make it a successful, enduring design.

Images of this kitchen are among the more than 20 million photos of professionally designed homes and gardens that have been uploaded worldwide to the Houzz website and app since 2010. And Fiorella, who’s been a member since the beginning (and has gained clients from Houzz), is one of more than 2.5 million home design and renovation professionals on the site.

“This was like any other project,” she says. “It’s amazing how you can do a timeless design and have people really respond to it this many years later. It’s a testament to a white kitchen with classic materials.”


Your turn
What’s your favourite photo on Houzz? Share it in the Comments below, like this story, save the images for inspiration, and join the renovation conversation.

White, Out: 13 Ways to Use Colour in the Kitchen
By Erica Barlow·24
Colourful Kitchens

Room of the Week: The Warming Up of a Simple Baker's Kitchen
By Vanessa Walker·9
Popular Houzz Series

Room of the Week: Dazzling Stone is Centrestage in This Kitchen
By Vanessa Walker·8
Kitchen Renovations

Where Should I Put the Table in My Kitchen-Diner?
By Kate Burt·9
Kitchen Layouts

Room of the Week: A Rugged, Brutalist-Style Kitchen
By Georgia Madden·13
Room Of The Week

Room of the Week: A Modern Coastal Kitchen With a Hamptons Twist
By Vanessa Walker·12
Kitchen Renovations

Best of the Week: 40 Marble Marvels From Around the Globe
By Vanessa Walker·20
Most Popular

Before & After: A Frumpy Kitchen Reborn as a Contemporary Space
By Vanessa Walker·15
Room Of The Week 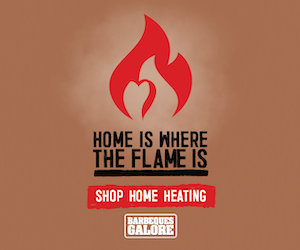 White, Out: 13 Ways to Use Colour in the KitchenFull Story

Room of the Week: The Warming Up of a Simple Baker's KitchenFull Story

Room of the Week: Dazzling Stone is Centrestage in This KitchenFull Story

Where Should I Put the Table in My Kitchen-Diner?Full Story

Room of the Week: A Rugged, Brutalist-Style KitchenFull Story

8 Dos and Don'ts for a Well-Functioning Butler's PantryFull Story