Top Ideabooks
Expert Eye: Buying & Renovating a Country HouseYour Guide to Farmhouse StyleBest of the Week: Modern Country Homes From Around the WorldA Sophisticated Country Cottage: Yes, it Can Be Done!
Appears in
Lifestyle

A little bit country and a little bit city, new-look wood panelling has become a timeless addition to the modern kitchen

Rebecca GrossDecember 5, 2016
Houzz Australia Contributor based in Sydney. Design historian, writer and researcher. I study cultural history through the lens of architecture, design and visual culture. I have a Masters in the History of Decorative Arts and Design from Parsons The New School for Design, New York
More
Print
Facebook
Twitter
Email
For years, wood panelling – also known as shiplap – has been seen in country kitchens, giving them a rustic and homey look. But in recent years, it has lost its hokey country style and become decidedly sophisticated; it’s now often seen gracing contemporary city kitchens. This new rendition of panelling, most often vertical, brings a laid-back look that is timeless and modern. Whether used on walls, kitchen islands, cabinetry or ceilings, it is warm, welcoming and really quite refreshing.
Kohler
Create a subdued backdrop
This pale-coloured kitchen has vertical panelling along two walls, which forms a subtle backdrop to standout features, such as a gleaming flecked splashback, vintage-style sink and high-arching chrome tapware. The overall look is simple, understated and of effortless beauty.
Australian Interior Design Awards
Add rich-coloured cabinetry
Dark turquoise cabinets resonate against the white walls, white pendant and timber island benchtop in this stylish kitchen. The vertical panelling adds quiet detail while letting the colour do the talking.

More gorgeous kitchen colour pairings
MGA
Make a subtle feature wall
A feature wall of vertical wood panelling is adorned with art in this open-plan kitchen and dining area. The panelling also adds contrast and texture to what are otherwise smooth white walls.
MGA
Heighten the sense of space
In that same house, the kitchen wraps around into a butler’s pantry, which is lined with wood panelling. Covering two walls, the vertical lines play a visual trick and make the narrow space feel taller than it is.
deVOL Kitchens
Carter Kay Interiors
Shaker it up
While vertical panelling heightens the sense of space in a kitchen, that feeling can also be enhanced by Shaker-style cabinets. To complete the look, they can be adorned with either cup-style or elongated metal handles, as seen above and left. In both kitchens, the colour palette is understated. The floating shelves and timber touches, such as the benchtops left or table above, add depth and richness to the Shaker aesthetic.
Whiting Architects
Extend it through the house
In this kitchen, it’s not only the cupboards and wall that display vertical panelling but also the wall along the stairway and floor above. Being able to see the panelling through the clerestory window creates consistency and continuity, and visually integrates spaces throughout the home.
Public/Private
Highlight the kitchen island
Cool blue panelling wraps around the base of this kitchen island, adding colour to an otherwise white kitchen and creating a laid-back beach-house look.

Questions to ask before designing a kitchen island
Andrew Mann Architecture
Add sophistication with neutrals
In contrast to the blue panelling that makes the kitchen island above stand out, beige panelling lining the recessed space of this kitchen island complements the cream benchtop above. The effect adds depth to the kitchen, creating layered space and a sense of shadow in the under-bench area.
Rob Littlejohn Builder 1998 Ltd
Contrast with the horizontal
Here, vertical timber panelling on the wall contrasts with horizontal panelling on the drawers. The look is raw and natural, while also being eclectic and homey.

Browse kitchens with light-toned wood cupboards
McCaren
Line the ceiling
Vertical wood panelling in the kitchen continues along the ceiling, following in the same direction and creating a sense of flow and continuation. The subway-tile splashback with black grout adds an element of contrast and depth above the main kitchen work station.
Chris Snook
This kitchen similarly has panelled walls and ceiling, but here the ceiling boards run perpendicular to the walls, almost creating a more enclosed sense of space.

What ceilings are in your home?
British Standard by Plain English
TELL US
Do you have vertical wood panelling in your kitchen? Upload a picture to the Comments section below.

Room of the Week: A Luxurious Low-Maintenance Seaward Kitchen
By Vanessa Walker·4
Room Of The Week

Reno Reveal: What Australians Want From Their Kitchen Revamps
By Joanna Tovia·35
Kitchens

Walk-In vs Cabinet Pantries: What Will Work Best in Your Kitchen?
By Sam Ferris·286
Kitchen

Room of the Week: A Luxurious Kitchen for Entertaining in Style
By Georgia Madden·30
Kitchens

Renovating Timeline: When to Choose Kitchen Fixtures and Finishes
By Rebekah Zaveloff·41
Most Popular 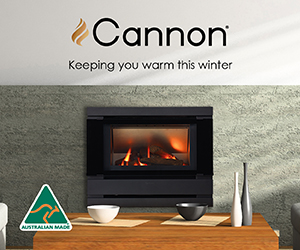 Room of the Week: A Luxurious Low-Maintenance Seaward KitchenFull Story

Reno Reveal: What Australians Want From Their Kitchen RevampsFull Story

Walk-In vs Cabinet Pantries: What Will Work Best in Your Kitchen?Full Story