Top Ideabooks
Neuroarchitecture: The New Movement at the Forefront of DesignHow Will Design Shape the ‘New Normal’?Narrow Home? The Design Tricks You Need to Know AboutNew Look for an Old Charmer: A Time-Warp Bungalow is Transformed
Appears in
Latest from Houzz
See also
Australian StyleAdvice from ArchitectsArchitectural Details
Sustainable Ideas
Sustainable Ideas

Top Ideabooks
A Bad Wrap: How to Embrace Plastic Bag-Free ShoppingCould You Live Like a Minimalist?Freegans! 14 Ways to Decorate Your Bedroom for Free7 Everyday Steps to an Environmentally Friendly Home
Appears in
Eco Living

Sustainable Design: Lessons We Can Learn From Vernacular Housing

Rebecca GrossJuly 14, 2017
Houzz Australia Contributor based in Sydney. Design historian, writer and researcher. I study cultural history through the lens of architecture, design and visual culture. I have a Masters in the History of Decorative Arts and Design from Parsons The New School for Design, New York
More
Print
Embed
Facebook
Twitter
Email
Vernacular housing is architecture that is adapted to its particular locale. Rooted in regionalism, vernacular housing is designed for local needs and traditions, uses local resources and construction techniques, and takes the climate and environment into consideration for greater energy efficiency and sustainability. As such, vernacular architecture contributes to a cultural, regional, and even national, identity.

These characteristics of vernacular architecture have come increasingly into focus in recent decades as architects design for sustainability and energy efficiency. Here’s what we can learn from vernacular housing and its sensitive relationship to the environment.
POC+P architects
Design for your way of life
When British settlers migrated to Australia in the 19th century, housing predominantly reflected that of the UK: cottages, farmhouses, sheds, and later, terraces. However, as the Australian land, climate and way of life differed to that of the UK, an Australian architecture began to develop that deviated from its British counterpart.

One example of this is the verandah. Often framing the front and back of the house, or sometimes completely encircling it, verandahs were ideal for sitting out on during the day or sleeping on during the night, especially in the hot summer months.
Jeni Lee
What can we learn: Traditional vernacular housing is a result of necessity. It provides only what is essential and does away with any unnecessary excess. If you’re designing or renovating a house, carefully consider your family’s needs, and the way you live or want to live. Where do you like to spend most of your time? Do you enjoy indoor/outdoor living? What are the requirements for your kitchen?
Moloney Architects
In South Australia, this extension to a 1920s weatherboard house is a simple box that provides the additional living space architects Mick and Jules Moloney, co-founders of Moloney Architects, needed for their young family.

After a number of design iterations, they decided a no-frills wooden box was all they needed to contain their new kitchen, living and dining spaces.
Moloney Architects
“We started with the interior and considered how we wanted to sit, how we wanted to talk to friends while cooking, and how we wanted to incorporate a television but not have it dominate the space,” Jules says. The low-fuss building materials are inexpensive, raw and durable to cope with the inevitable knocks from the kids.

How to build rapport with your architect
Jeni Lee
Build using local materials
Until recent centuries, accessibility to transportation and the distances that materials could travel were limited. With builders and craftspeople wanting to use what was convenient and affordable, this meant that houses were built using materials and resources found in close proximity to the site. In Australia, housing was built with a variety of natural materials including bluestone, sandstone, earth and timber.
Jeni Lee
What we can learn: Using local resources is typically a more sustainable option as they are native to the region, sometimes renewable, and reduce the energy that is required to transport goods long distances. If you’re designing or renovating a house, consider what materials are native to your region to create a house that is not only more sustainable, but also more in harmony with the local
landscape.
Porebski Architects
Sandstone has been a building block of Australian architecture for more than two centuries, its strength and durability outlasting many other construction materials. It has been used for houses and buildings across the country and in many areas, such as Balmain and Hunter’s Hill in Sydney, it was virtually quarried on site.

In NSW, this house demonstrates how sandstone works beautifully on a waterside property. Here, the curving sandstone walls of the house mimic the sandstone around the harbour, forming a visual connection between land and house.
Luigi Rosselli Architects
Across the country in WA, this 12-apartment development is recessed into a sand hill. Its rammed-earth walls are made of soil and gravel from the excavated hillside and nearby river. The naturally cool living environments provide a reprieve from the extreme temperatures of the region.
Beachouse
Capitalise on local knowledge and skills
Local craftspeople historically built the houses people in the region lived in. They had an inherent understanding of the environment, resources and way of life, and developed construction techniques that were passed down through the generations.
Bark Design Architects
What we can learn: Using local builders and craftspeople not only contributes to the economy and employment of a region, but capitalises on their learned and innate knowledge and skills. If you’re designing or renovating a house, engage local architects, builders and craftspeople to draw on their experience of working in your environment.

In Queensland, Spoonbill House on the Sunshine Coast (pictured here) is a sensitive response to its vegetated coastal site. Stephen Guthrie of Bark Design Architects describes it as “a genuine economy of means, a natural casual elegance, a lightness and an authenticity about place in mind”.
Bark Design Architects
The interior was crafted by a local carpenter using recycled spotted gum from a nearby supplier. “The house displays the timber craft of its construction by a proud, local carpenter, who was selected for the project based on his skills and expertise,” Guthrie says.

Find local architects
NEAThouse
In Tasmania, Jane and Owen Thomson founded NEAThouse, a modular housing system in which NEAT stands for New, Environmental, Affordable and Tasmanian. Understanding the Tasmanian environment, the Thomsons specifically designed NEAThouse for the climate, landscape and way of life. The designs are simple but carefully crafted to maximise usability and amenity, making use of local knowledge, skills, expertise and materials.
Glow Design Group
Design for the local landscape
Vernacular housing has a sensitive relationship to its environment due to a careful consideration and examination of the landscape. Glenn Murcutt is one of Australia’s most revered architects, with his work having a distinctive character and environmental sensitivity influenced by the Australian landscape, as well as climatic conditions such as wind direction, water movement, temperature and natural light. With the ethos that buildings should “touch the earth lightly,” Murcutt’s houses are designed to be highly economical and functional, to conserve energy and to blend with the environment.
m3architecture
What we can learn: Considering and respecting the local landscape can minimise any disturbance or impact of the house on the surrounding environment during its construction and lifetime. If you’re designing or renovating a house, respect the existing landscape and consider the future impact of the house.
m3architecture
At Cape Tribulation in Queensland, this off-the-grid home is a sensitive response to the ancient Daintree Rainforest. The nature of the ecosystem required sustainable design choices and the home is located in a natural clearing, which consequently avoided any mature tree removal. The exterior is camouflaged with black plastic cladding and mirrored glass, allowing it to recede into the shadow of the rainforest canopy.
Mountford Williamson Architecture
On the Fleurieu Peninsula in SA, this holiday house is elevated off the ground to leave the natural topography intact. The simple form of the house references the old galvanised shearing sheds throughout the area, as do the robust materials – galvanised steel, blackbutt timber, fibre cement sheet and glass.

6 homes inspired by the iconic Aussie shed
Mihaly Slocombe
Design for the local climate
Before the days of electricity and gas, houses were warmed, cooled and lit by the sun, air and wind. Orientation of a house can take advantage of the sun for natural light and warmth (unless you’re in a tropical climate, where your focus will be on shading). Eaves and awnings can provide sun control; openings such as windows and doors can allow for natural ventilation and cooling; and materials with thermal mass, such as stone and rammed earth, can store heat within. These passive solar design principles improve the performance, energy efficiency and sustainability of a home.
Habitech Systems
What we can learn: Climate-responsive architecture can significantly decrease your utility and maintenance bills over the lifetime of a house. If you’re designing or renovating a house, consider the orientation of the sun in relation to the spaces where you’ll spend most of your time. For example, position living spaces where they’ll receive northern light throughout the day; place windows opposite each other for cross ventilation; and extend the roof line over the house for sun control.
Habitech Systems
In Mount Buller, Victoria, this prefabricated alpine house is designed to hug the contours of the hill, creating a sunny and protected north courtyard.

The building maximises passive solar design by framing and controlling southern views to minimise heat loss, while raking the ceiling to the north to let the sun deep into the building. Polished concrete floors and a stone fireplace provide thermal mass by absorbing energy to keep the house warm.
Ben Callery Architects
Also in Victoria, architect Ben Callery’s family house is designed to be as low-carbon as possible. Its well-oriented and heavily insulated structure makes for a thermally efficient, low-embodied-energy building.

And Callery didn’t just design his family home, he built it with his own hands (with some help from family and friends). His goal was to build a site-responsive and visually compelling home that would be naturally comfortable and delightful to occupy, which was exactly the result he achieved.


Your say
If you enjoyed this story, like it, bookmark it, save the photos and share your thoughts below. Join the conversation!

Modern Granny Flats: The Solution for Your Family's Needs?
By Janet Dunn·23
Building

Let There Be Light: 10 Fixes for Homes That Face the Wrong Way
By Dominic Bagnato·18
Architecture

Building to a Budget: 12 Must-Know Design Considerations
By Dominic Bagnato·47
Most Popular

Building to a Budget: How Tiles, Flooring and Paint Can Add Up
By Dominic Bagnato·29
Architecture

Building on a Corner Block: Is it Right for You?
By Dominic Bagnato·7
Architecture

Tradie Talk: How to Make Your Next Project a Win-Win
By Liz Durnan·13
Renovating

Eco-Smart: The 5 Principles of Passivhaus Design
By Gabrielle Chariton·29
Architecture

Narrow Home? The Design Tricks You Need to Know About
By Georgia Madden·3
Small Homes 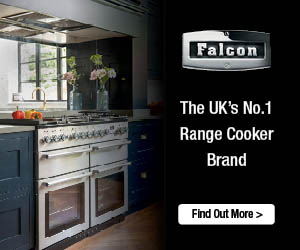 Modern Granny Flats: The Solution for Your Family's Needs?Full Story

Let There Be Light: 10 Fixes for Homes That Face the Wrong WayFull Story

Building to a Budget: How Tiles, Flooring and Paint Can Add UpFull Story

Building on a Corner Block: Is it Right for You?Full Story

Tradie Talk: How to Make Your Next Project a Win-WinFull Story