Top Ideabooks
Renovation Insight: 5 Common Renovating-for-Profit Mistakes5 Design Trends You Need to Know About Before RenovatingPro Panel: What Do Structural Engineers Do and Should I Hire One?10 Times You Should Hire a Building Designer
Appears in
Renovating
Expert Eye
Expert Eye

Top Ideabooks
When to Call a Plumber About a Faulty AppliancePro Panel: What Do Structural Engineers Do and Should I Hire One?3 Small Outdoor Spaces... and How They Did ItPro Panel: 9 Modern Kitchen Lighting Ideas
Appears in
Popular Houzz Series

Renovation Insight: How Do I Choose a Builder?

Georgia MaddenMay 28, 2018
Senior writer, Houzz Australia
More
Print
Embed
Facebook
Twitter
Email
So you’ve decided to take the plunge and renovate – or construct – your dream home. Finding a builder you like and trust, and who understands your creative vision, can make all the difference to your experience of the construction process. We’ve asked three industry experts for advice on where to look and what to ask when selecting a builder for the job.
Turrell Building Pty Ltd
What’s the most common mistake people make when choosing a builder?
“Not doing their due diligence and checking things such as the quality of a builder’s work, how they run their business, and previous client reviews,” says Neil Turrell, director of Turrell Building Services. “Some clients don’t ask enough questions as they want to avoid looking like novices. This makes it easy for the builder to take advantage of them,” he says.

“Finding a builder you trust and get along with is so important on a renovation or new-home build,” says Melissa Woodcroft, project manager at Investwell Group Builders. “We often work with clients for up to 12 months prior to renovating or building, so it is definitely a long-term relationship. You should also make sure the builder and their team have great communication and are positive and friendly.”

Emwinn Constructions
Where should you start looking for a builder?
Woodcroft recommends that you:
Emwinn Constructions
What should you look for on a builder’s website?
“It’s not a prerequisite for a builder to have a website and many good builders work by word of mouth, but having a website is becoming more common,” says a spokesperson for the Housing Industry Association (HIA). “When you’re on a builder’s website, look closely at the quality of the homes they have built – from design and construction to the finishing touches.”

Neuroarchitecture: The New Movement at the Forefront of Design
Project 12 Architecture
At what stage in the building or renovating process should you approach prospective builders?
“For builders who just build, it’s best to engage them once you have gathered together all the relevant material they need to cost the job, including final plans for what you want, engineering details for any structural works, and scope of works,” says Turrell. The HIA spokesperson concurs, adding: “Having all this information, plus permits, helps the builder with forward planning and working out timelines”.

“However, a designer-builder should be engaged before the start of the design process,” says Turrell. “Coming in at the conceptual stage allows the designer-builder to tailor the design and bring up any potential issues before everything has been approved and permits have been issued,” adds the HIA spokeperson.
Turrell Building Pty Ltd
What questions should you ask?
Turrell suggests asking:
Studio Ezra
Woodcroft suggests asking:
Building to a Budget: 12 Must-Know Design Considerations
Wolveridge Architects
The HIA spokesperson suggests asking:
Alchemy Architecture
What about any specialist skills?
You can save considerable time, money and hassle by choosing a builder who is experienced in the type of construction work you’re after. “This is particularly true with large renovation projects that involve house raising or second-storey additions where specialist skills are required,” says Woodcroft. “You wouldn’t want a one-man-band that does decks and pergolas doing a large-scale renovation or new build,” adds Turrell.

Specialist experience can also make a big difference to the smooth flow of a heritage project, says Woodcroft. “Having a builder who is familiar with character and heritage laws will mean that any items identified in the decision notice from the private certifier are met and the renovation is passed at the final inspection.”

Browse more inspiring home exteriors
WK Quantum Quartz
Tell us
What was your experience choosing and working with a builder? We’d love to hear the professional and personal qualities you think are important. Comment below.

BuildingModern Granny Flats: The Solution for Your Family's Needs?
By Janet Dunn
Considering a bit on the side? A new-generation, designer granny flat could suit your family's needs to a T
Full Story23

Most PopularBuilding to a Budget: 12 Must-Know Design Considerations
By Dominic Bagnato
Know what can influence the final price of a new-build before setting your design wish list in stone
Full Story47

ArchitectureBuilding to a Budget: How Tiles, Flooring and Paint Can Add Up
By Dominic Bagnato
Before you choose a designer tap or feature wall, think how it will affect the budget and consider these 12 alternatives
Full Story29

ArchitectureBuilding on a Corner Block: Is it Right for You?
By Dominic Bagnato
An architect reveals the pros and cons of building your home on a corner block
Full Story7

RenovatingTradie Talk: How to Make Your Next Project a Win-Win
By Liz Durnan
From small jobs to major renovations, calm and clear communication is vital for a successful job
Full Story13

Most PopularExpert Eye: 11 Exterior Cladding Materials for Wow Factor
By Rebecca Naughtin
There's a world of cladding options out there for your next project, if you know where to look
Full Story13

ArchitectureEco-Smart: The 5 Principles of Passivhaus Design
By Gabrielle Chariton
Want a home that offers year-round comfort without the huge power bills? That's what Passivhaus is all about
Full Story29

Interior Design5 Homes Where ‘Stolen Space’ Is a Game Changer
By Kate Burt
Layout not working? The answer could be to borrow space from an adjoining area, as these clever UK and Russian homes did
Full Story9

Project Of The WeekBackyard Beauty: An Architect-Designed Garden Studio Exuding Calm
By Georgia Madden
With a warm, plywood-lined interior and huge openings to catch the breeze, this 'granny flat' makes a welcoming retreat
Full Story6

Project Of The WeekDeco House: A Masterful Renovation of a Period-Style Cottage
By Georgia Madden
Step inside a serene and sun-drenched home that reimagines Art Deco style for contemporary living
Full Story8 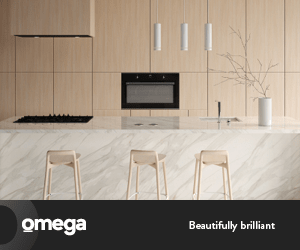 Modern Granny Flats: The Solution for Your Family's Needs?Full Story

Let There Be Light: 10 Fixes for Homes That Face the Wrong WayFull Story

Building to a Budget: How Tiles, Flooring and Paint Can Add UpFull Story

Building on a Corner Block: Is it Right for You?Full Story

Tradie Talk: How to Make Your Next Project a Win-WinFull Story

5 Homes Where ‘Stolen Space’ Is a Game ChangerFull Story