Jessica Prince-Montague 23 June 2014
By Jessica Prince-Montague. Houzz Contributor. Sydney-based freelance editor and journalist with 10 years experience working in the fashion and lifestyle domain. Passionate about beautiful design and unique interiors (especially if wallpaper and chandeliers are involved). Finds inspiration from travel, particularly the rooms of beautiful boutique hotels.
By Jessica Prince-Montague. Houzz Contributor. Sydney-based freelance editor and... More
Comment3
Click "Embed" to display an article on your own website or blog.
Australians are a water-loving population. And no, I’m not just talking about our love of the beach. According to Save Water, each of us uses about 200 litres of the wet stuff each day. But of that amount, only five to 10 litres is for basic survival. Once we remove the essential aqua, we’re left with 190 litres each day for discretionary use. That’s for things such as showering, washing the dishes, doing laundry and also watering the garden.

But the thing is, we’re still a drought-ridden country. In March this year, Prime Minister Tony Abbott announced a $320-million assistance package to support drought-hit farmers in New South Wales and Queensland. And despite 2013 being our warmest year on record, the Climate Council’s 2014 report Australian Heatwaves: Hotter, Longer, Earlier and More Often states that climate change can worsen drought conditions.

In other words, we should be doing more to prepare for the future by doing our best to save water now. You can play your part by making small, but effective, changes in the home. You’ll be delighting in the feel-good nature of your deeds, and loving the reduced water bills! Also, contrary to assumption, making these changes doesn’t mean your dwelling (or garden) will take a tumble on the style stakes, either. You may just be pleasantly surprised by what you can do…

Matt Elkan Architect
1. Install a rainwater tank
Australians reportedly use a massive 60 per cent of their water outdoors, so a rainwater tank can come in good use. While most people use the captured drops on their garden, the water is also suitable for washing cars and filling up pools. Plus, you get to add a bit of traditional outback chic to the side of your house. We love how this owner has installed two and mounted them on a platform next to their modern home (a great juxtaposition).

More: Let it Rain: 20 Questions to Ask Before Installing a Water Tank

Phillip Withers Landscape Design
2. Plant a water-smart garden
Australian natives are suited to our often-arid climate and many varieties are content with little water. Some suggestions include banksias (pictured), acacias, bottlebrush, eucalyptus and even native hibiscus plants. If natives aren’t your style, group plants or flowers together that have similar watering requirements and try and position water-loving greenery in a sheltered or shaded spot (to limit evaporation).

DAWN
If you have a ‘mono-sink’, you can buy dividers (like this one pictured), which will help you create a dual sink. Needless to say, if you prefer the good ole dishwasher, make sure you purchase a water-efficient variety.

Neptune Swimming Pools
4. Use a swimming pool cover
According to Living Greener, this can save between 11,000 and 30,000 litres per year by reducing evaporation. Crazy, huh? Covering your pool also prevents sunlight penetrating the water (well, obviously), but did you know this helps to reduce the amount of chemicals you need to keep your pool clean, too? And covers are not ugly, fiddly things anymore. Just look at this sleek design that can be easily extended and retracted.

CRiSP GREEN HOMES
5. Install a water-saving showerhead
This is relatively common knowledge as a great water-saving technique. There’s a reason why – it works. While you may not get the whole-body coverage you love from a snazzy rainwater version, a showerhead such as the one above makes up for it with water pressure.

RI Kitchen & Bath
6. Install sleek sensor taps
This is especially terrific if you’re a serial leave-the-tap-on-person who keeps water running while you brush your teeth or dash around the kitchen. Don’t think you’re doing much harm? Keep this in mind: one drop per second equates to about 12,000 litres of wasted water each year.

Melbourne Contemporary Kitchens
7. Swap your garbage disposal for a compost bin
This is much more water efficient than those old-fashion noise-makers (which also use about six litres of water each day). And why would you try to wash food scraps down the sink when you can use them as compost to nourish your garden? You can store a compost bin stylishly next to your normal bin, too (take your cue from this picture), and simply sweep it out of sight in one swift movement.

Art of Kitchens Pty Ltd
8. Get a front-loader washing machine
These have gained popularity over recent years for a good reason. They’re a super-easy way to save a lot of water in the laundry (which accounts for 15-20 per cent of water usage in the home). Look for styles or brands with an efficiency rating of four stars or more. Front-loaders also work a treat space-wise if you want to store them stacked under a dryer behind doors like the one pictured.

Jordan Parnass Digital Architecture
9. Swap to a dual-flush toilet
This is a tip for those living in older-style homes with original, grand toilet fixtures. A four-star rated toilet can save an average home up to 35,000 litres of water per year. Don’t be worried about sacrificing the style of your bathroom either – there are literally hundreds of styles that will indulge your inner designer.

10. Invest in a watering can…
That’s right, get all rustic and country on your garden instead of simply pointing a hose and spraying for half an hour. If you cannot bare the thought of living without a hose, make sure it’s of the trigger-nozzle variety.

11. …and a broom too
When I was growing up, I lived next to a man who hosed down his driveway with a high pressure garden hose every single Saturday. My mum would often lament the wasted water and it was only when strict restrictions kicked in that he stopped. Don’t be like my old neighbour. Buy a lovely broom you’ll want to use. You’ll feel positively old-fashioned (in a charming, country kind of way) and burn some kilojoules while you sweep, too.

MORE
Eco-Enhancing Additions for Every Budget
My Houzz: Family- and Eco-Friendly Design in the Adelaide Hills
Waterwise Planting Tips for Year-Round Greenery
Comment3 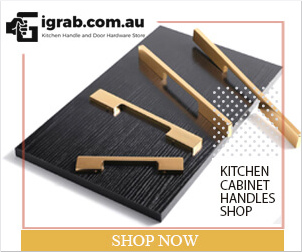 Dream Spaces: Discover a Secret Garden of Your Own Full Story

Who's On Deck? 5 Hardwoods Suited to the Australian Climate Full Story

Odour Busters: How to Banish Bad Smells From Your Home Full Story

The Missing Link That Will Eliminate Budget Blow-Outs Full Story

So Your Garden Style Is: Natural Full Story

Hung Out to Dry: Fresh Ideas for Your Clothes Line Full Story
Comments (3)
See 1 more comment
Thank you for reporting this comment. Undo

Tony Been
Such simple & effective tips - the reality is we should all do all our bit - especially when it's so easy to do
2 Likes     16 September 2014 at 8:37AM
Thank you for reporting this comment. Undo

Luke
Here's a fun fact: some people mistakenly think dishwasher use more than washing manually. Not true - if you're keen on saving water and time, get the dishwasher going on an "eco" cycle. Everybody wins.
5 Likes     16 September 2014 at 1:32PM

Outdoors Dream Spaces: Discover a Secret Garden of Your Own
By Kate McKee
Unleash your inner child and discover, marvel and explore in your very own secret garden...
Full Story 1

Outdoors Who's On Deck? 5 Hardwoods Suited to the Australian Climate
By Josh Harrison
When it comes to hardwood decking, the species you choose can be the difference between a complete disaster and years of enjoyment
Full Story 140

Cleaning Odour Busters: How to Banish Bad Smells From Your Home
By Natasha Saroca
Stop foul and funky aromas from infiltrating your dwelling with these fresh, pong-purging solutions
Full Story 52

Budgeting Your Project The Missing Link That Will Eliminate Budget Blow-Outs
By Adam Hobill
If you are building or renovating you are probably a bit freaked out by the thought of budget blow-outs. This tip will save you heaps...
Full Story 25

So Your Style Is... So Your Garden Style Is: Natural
By Carol Bucknell
Create your own private wilderness with a natural garden planted with drifts of grasses and perennials
Full Story 3